The Eastern Scheldt is the former estuary and mouth of the River Scheldt, which originates in northern France and flows through Belgium into the Netherlands. Through the Hollandsch Diep and Volkerak, it also received part of the discharge from the Rhine and Meuse rivers. Since 1867, however, the Eastern Scheldt has been cut off from its source river the Scheldt and, since the completion of the Delta Works, from the Rhine and Meuse as well. Since the term "estuary" refers to the mouth of a river where fresh and salt water mix, today's Eastern Scheldt is strictly speaking no longer an estuary, but an estuary. 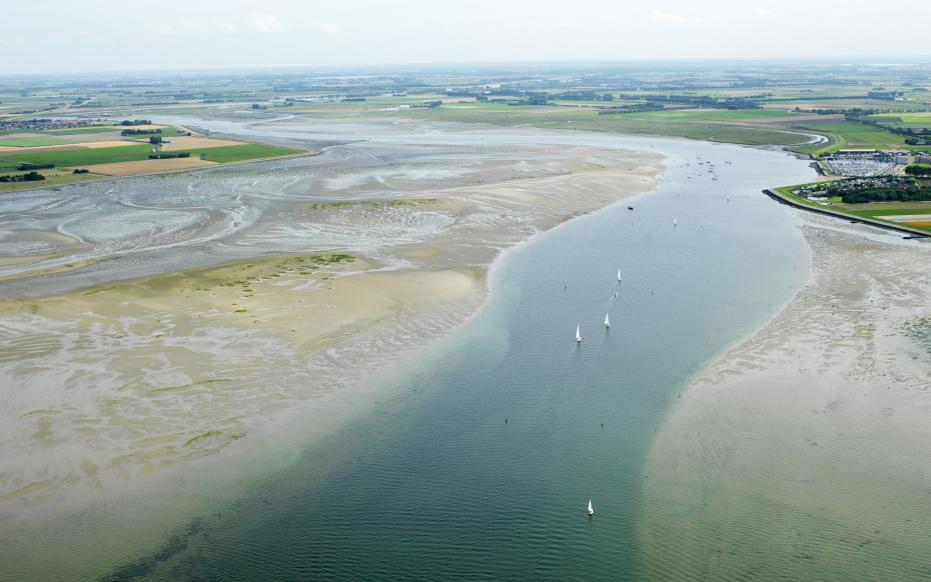 The creation of the landscape

The forerunner of today's Eastern Scheldt formed between 7400 and 6300 years ago. This was then an important tidal channel that made contact with the Scheldt at the Brabant Escarpment. Around 3800 years ago, an opening arose in the beach ridge that protected the freshwater marshland behind it from intrusions from the sea. That opening was the mouth of the river Scheldt. Centuries later, this Scheldt estuary deepened and widened again, transforming the entire coastal plain back into a large tidal area.

Between 700 and 800 A.D., one of these tidal channels connected to the then Scheldt at the site of today's Western Scheldt. Starting in the 16th century, the Western Scheldt became the main connection of the Scheldt with the sea. Several storm surges played a role in this as many villages and the town of Reimerswaal flooded. This created a much wider connection between the Eastern Scheldt and the Western Scheldt in that area. This caused major changes in the tidal currents and a wider and deeper estuary mouth. From the end of the 19th century the influence of man became more and more important. 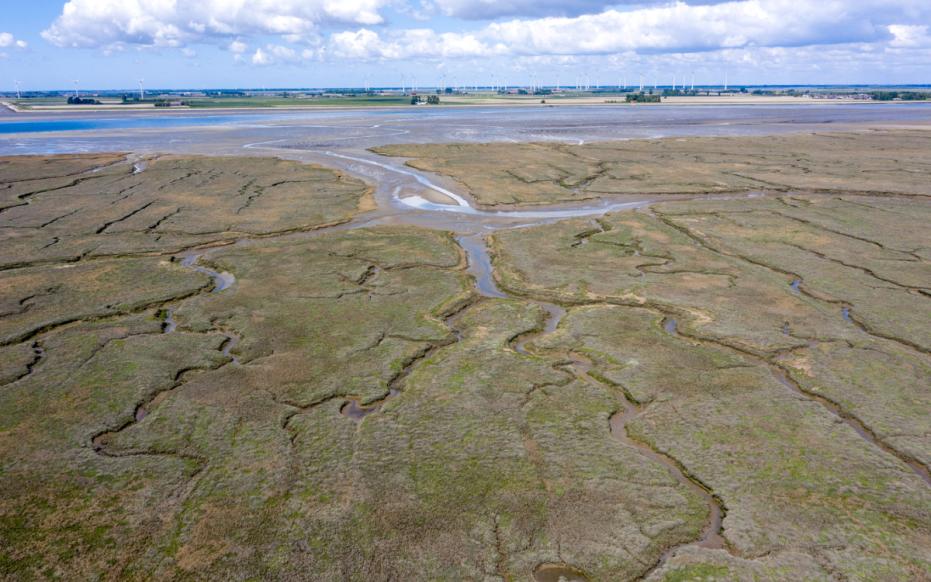 From the dikes along the Eastern Scheldt, a number of characteristic landscape elements of the estuary can be seen in many places at low tide. The so-called salt marshes (or salt marsh) are closest to the dike and are largely overgrown. They are so highly silted up that they are only flooded for short periods during the highest high tides. Lower and farther away from the dike are the mudflats, which are flooded and uncultivated at every tide. Plates, like mudflats and salt marshes, lie between high and low tides, but are not attached to the shore and are often in the middle of the kilometer-wide estuary. Most of the flats are uncultivated and, because of their sandy bottom, are more reminiscent of a beach, unlike the muddy and "muddy" mud flats. 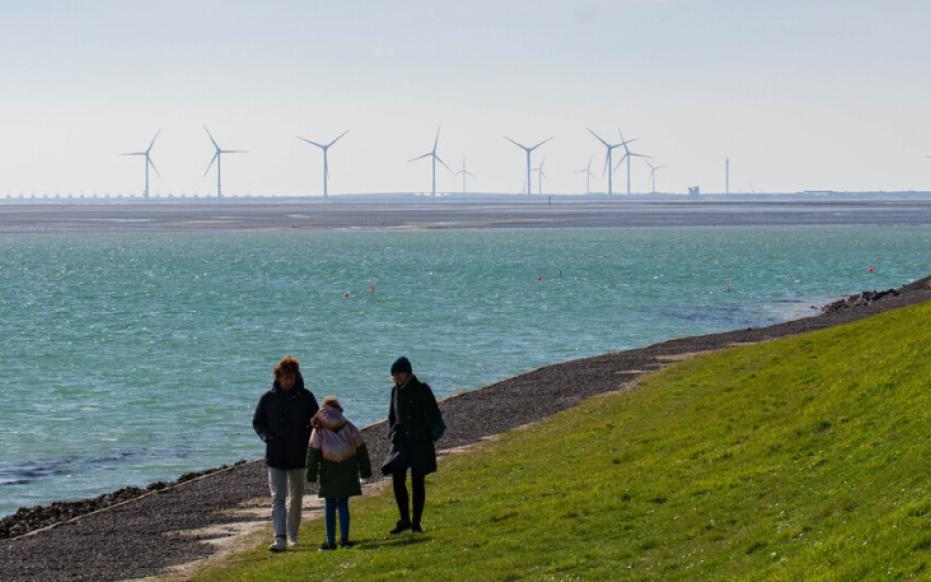 After the 1953 storm surge disaster, work began on the Delta Works. In 1986, the storm surge barrier was completed as a semi-permeable pillar dam that can be completely closed during extreme water levels. With the completion of the Oesterdam in 1986 and the Philips Dam in 1987, the Delta Works around the Eastern Scheldt were complete. As a result of the Delta Works, the Eastern Scheldt and its water regime have changed significantly. The average tidal range, tidal volume, current velocities and freshwater supply have decreased. During storms, sand from the top of the shelves and mudflats washes into the channels and remains there. This causes net degradation of slabs, mudflats and salt marshes. The sand released in the process fills the channels until they are adapted to slower tidal currents and thus a new equilibrium situation. Until then, the Eastern Scheldt suffers from so-called "sand starvation".